WHY CHOOSE A PTGA ACCREDITED PROVIDER OR GUIDE?

The PTGA was developed out of a need to train and measure minimum standards of operation and competence for the range of skills a modern polar guide needs to service the demands of a rapidly growing industry and to help protect the environments we work in.

We are a federally recognized US 501-(c)6 non-profit Professional Industry Association servicing the competency needs of polar tourism operators, outfitters, field staff and polar guides across all platforms of polar guiding and tourism.

There are a number of good reasons to choose qualified PTGA Guide and/or a PTGA Accredited Provider Company for your holiday or journey in the polar regions:

A Corporate Member of PTGA is vetted by the PTGA for its staff training and development systems. It uses the PTGA Workplace-Based Assessment system, collaborates on training initiatives and resources, aims to have more than 80% of their staff as qualified Polar Guides with PTGA status and actively encourages Continual Professional Development. A Corporate Member may use their PTGA status for marketing and we have a proud and active team:

Polar Latitudes – Polar Latitudes focuses on delivering a highly personalized small ship experience, with a strong emphasis on individualized attention and ship-wide comradery, while sharing our founding passion for the Antarctic environment. As the first company to endorse and join PTGA, we are committed to delivering the highest level of safety, expertise and the overall excellence of our expedition teams and crew.

Silversea Expeditions – Silversea is a cruise company that reflects generations of maritime and travel experience.  In the early 1990s, the Lefebvre family of Rome conceived and organized a unique cruse company pledging to build and operate the highest quality ships in the ultra-luxury segment.  The company’s first expedition ship debuted in June 2008, heralding the beginning of a new mode in exploration cruising – where the luxurious ambiance is just as important as an exotic and enriching itinerary.  Silversea caters to the cosmopolitan world traveler and maintains branch officers in the US, UK, Australia and Singapore.  The company’s headquarters are based in Monaco.

Aurora Expeditions – Aurora Expeditions specialises in small-ship expedition-style voyages to the polar regions, to Latin America, Wild Scotland, the Norway coast, and the Kimberley coast of north-west Australia. An Australian company founded by acclaimed mountaineer Greg Mortimer and his adventurous wife Margaret Mortimer, Aurora Expeditions celebrated its 25th anniversary in 2017. Aurora Expeditions prides itself on the calibre of its Expedition Team, and its ethos of taking like-minded people to explore the world’s great wildernesses, always with care and safety at the forefront. Aurora’s flagship vessel, the Greg Mortimer, will be in operation from October 2019. 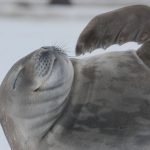 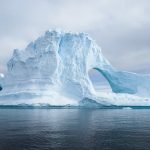 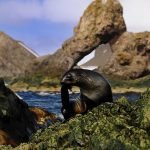